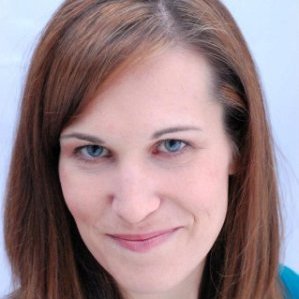 Christa Burneff joined the Hillman Center for Performing Arts as an intern in 2011. She worked closely with the staff and volunteers and quickly earned a more permanent role as the Hillman Center manager, and then as its artistic director in 2016. A performer at heart, she had an epiphany while on the road that led her to study arts management. Christa studied musical theatre at the American Musical & Dramatic Academy, earned her B.A. in theatre arts from California State University East Bay and her M.F.A. in performing arts management from the University of North Carolina School of the Arts. She is a member of the Board of Directors of Pennsylvania Presenters.

Austin Davidheiser became the Hillman Center for Performing Arts' technical director in 2010. He is responsible for producing all Hillman Series shows as well as student performances and assemblies. He also runs the very active student production crew. Austin has worked at professional theaters in various production capacities for nearly 20 years. He previously served as technical director for the theater department at Kutztown University and for the Pennsylvania Governor's School for the Arts. He holds a B.A. in theater arts from DeSales University. Teresa began her tenure at the Hillman in 2010 as a performing arts management intern and a dance instructor for SSA Summer camps. She has continued her work with the Hillman in various capacities since completing her internship, and now manages the Hillman Box Office. Teresa holds a B.A. in dance and a B.S. in professional writing from Slippery Rock University of Pennsylvania. She also works for Crossroads Dance Academy in Slippery Rock, where she teaches a variety of ages and dance genres.

Get the latest news!

There are no events to display
Powered by Finalsite